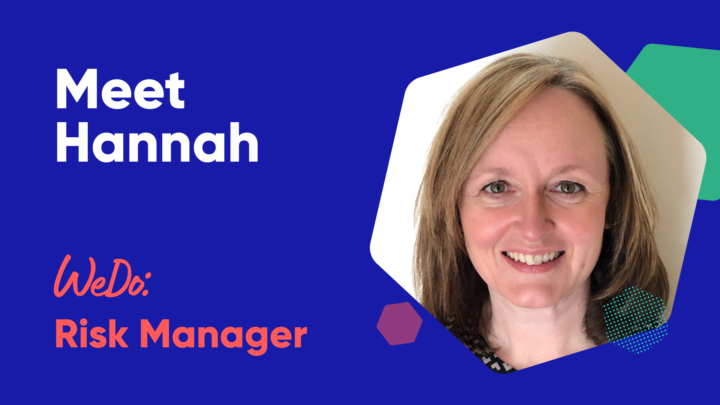 Hannah Preston joined WeDo Finance in May 2021, following extensive experience across the Invoice Finance industry over the last twenty years. Having held roles in sales, operations and risk management, Hannah brings a wealth of knowledge to WeDo and the Team.

What drew you to WeDo Finance?

I know quite a lot of the staff at WeDo from my years in the industry. I’ve worked with Mark before in a few different companies and I’d seen a lot about WeDo. I liked what they were doing and, following working for Independents, banks and large corporations, it felt like a good fit for me.

Having previously worked for an Invoice Finance company from its conception and I saw how that worked and really enjoyed it. That role gave me a taste of what it would be like to work for WeDo and look forward to being part of a growing business.

What’s a typical day in your role?

Anything and everything and that’s what makes it so enjoyable. No two days are the same and I like to be busy. I can be visiting Clients, reviewing Legal documentation, overviewing accounts, completing and reviewing due diligence and authorising payments.

What do the next few months and years look like for you at WeDo?

I’ve done a number of roles in Invoice Finance over my career, but I have enjoyed Risk Management the most. There is also a really inclusive feel at WeDo which makes it a great place to work.

As part of my longer term goals, I would like to Head up the Risk Team at WeDo.

What do you do outside of work?

I love walking and cycling and have had some great holidays involving the both. I’ve just started to take up running again, but it’s slow and steady for now! I also like to meet up with the girls for a good catch up usually over some wine!

It’s a great, friendly place to work, with a fantastic team who go above and beyond.